For these new digital works I have chosen two symbolic ‘southwestern’ subjects: the Saguaro Cactus and the ancient Indian rock-art petroglyph.  I have taken both of these subjects and have used digital image processing to reinterpret them in an impressionist style.  The saguaro images are bright and decorative.  For the petroglyph images I’ve taken what the ancient artist has left and I’ve modernized it for the 21st century.

The Saguaro Cactus is so ubiquitous in the Sonoran Desert it can be considered a pop icon symbolizing the American West.  The silhouette of the Saguaro graces the license plates of cars in Arizona.  It’s an instantly recognizable symbol; the mere semiotics of the shape says, ‘West.’

Using the Saguaro-shape as a common compositional element I’ve created this series of digital paintings in an impressionist style.  These are purely decorative images symbolic of the region where they were made.  These pictures exist solely to brighten the space in which they hang.

These images began life as photographs which were taken into the digital environment, cropped, colorized and then electronically processed multiple times through a series of edited Photoshop plugin programs.  The prints displayed are Archival Pigment Prints made on Moab Juniper Baryta 100% cotton rag paper.

I am also documenting Southwestern American rock art, petroglyphs and pictographs, and continuing what the ancient artists began 1000-4000 years ago.  The process begins with finding the rock art sites –which are fairly easy to locate since most sites are within state or national parks and monuments or can be found on detailed maps.  It’s Indiana Jones archelogy without fearing for ones’ life.

Once back in the studio with new imagery the process has evolved into three steps.  The first thing I do is to normally process the imagery.  This is the photojournalistic step to document the petroglyph and record it as it is today.  The second step in my process is to retouch the image and remove signs of vandalism, decay or bullet-holes.  I’m trying to repair the petroglyph image and bring it back to something as close as possible to what the original artist created.  The third step is creative and I’m attempting to continue on with and modernize what the ancient artist left for history.  Lest you dismiss this as mere ‘Photoshop filter trickery’ it’s much more than that.  Beginning with the retouched image color is added, contrast is enhanced and then the image is processed through a heavily-edited Photoshop plugin.  After that the image is taken back to Photoshop for further, localized enhancement.  Once that is completed some images are re-processed with the plugin again.  Since one of the processing effects introduces a ‘glow’ effect that softens the image, the image is then over-sharpened in Photoshop to suppress the glow which creates the ‘fiber’ looking effect.

As with the Saguaro images, these are ‘digital paintings’ based on ancient symbols intended as decorative, Western, modernized artworks.  These prints are Archival Pigment Prints made on Moab Juniper Baryta 100% cotton rag paper.

Please join us for the opening of this this new show on 4th Friday Art Walk, April 27th, from 5-8pm.

Artist Reception Opening Night from 5-8pm with snacks and drinks! 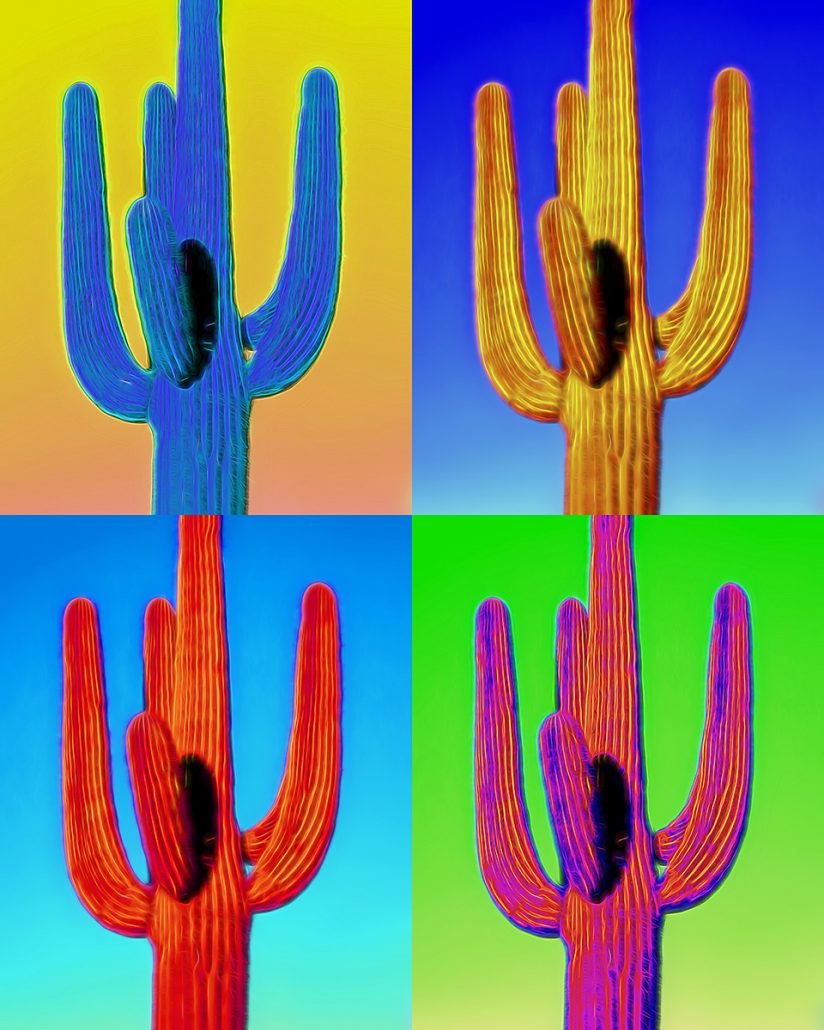 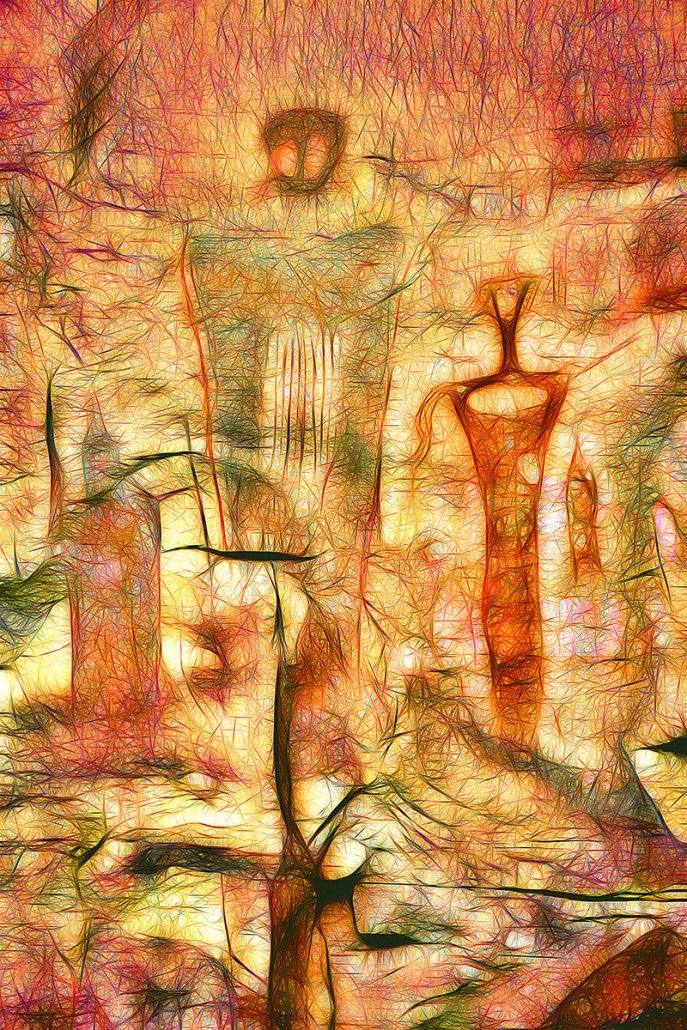 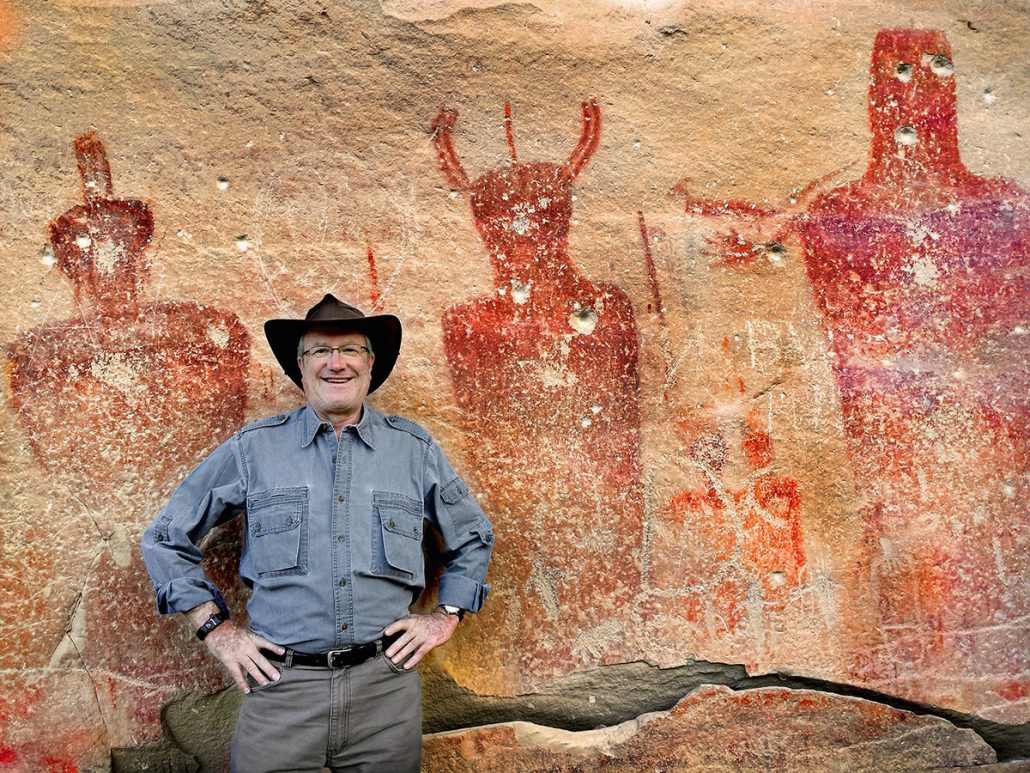 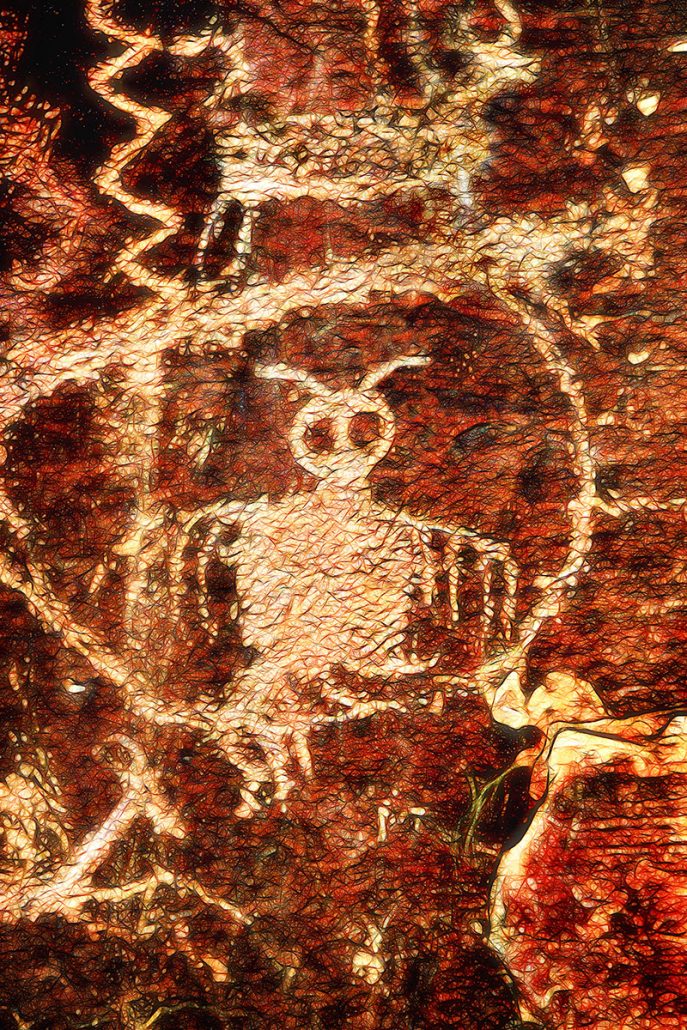